Language is the gate of the world. It is one of the education philosophies in Gontor. On Sunday, February 12th 2017, Language Center of UNIDA Gontor with Arabic Language Department held USBU ‘Arabiy 2017 in main campus.

This program is a joint collaboration between Arabic Language Department of Unida Gontor with MTsN Ponorogo. There were 114 students who participated this program. They stayed at Ibnu Sina and Umar bin Khattab buildings. The USBU ‘ Arabiy program involved 56 committees, the lecturers of postgraduate students, and students of Arabic Language Departmet from 2-6th semester.

The opening ceremony was held in the hall of Siroh Nabawiyah building. It was opened by vice rector III of Unida Gontor, Dr. Dihyatun Masqon, MA. He said, “Let’s study together about how it feels to live in UNIDA Gontor, how to communicate with Arabic, how to socialize with other people and how to keep ukhuwah Islamiyah”. He also advised to enjoy the program and to be discipline. The opening of the program were also attended by language center director, Dr. Abdul Hafidz Zaid, MA and the training center director, Ust. Alif Cahya Setiyadi, MA., who is also the head of the Arabic Language Department of UNIDA Gontor. This program is a community service which is one form of Tridarma of University

Whereas, the participants were divided into four classes, two classes of male students were in Siroh Nabawiyah building and two classess of female students were in postgraduate bulding at the third floor. This program was led by Ust. Muhammad Syamsul Arifin, S. Pd, one of the staff and postgraduate students of Arabic Language Department. Furthermore, it was held for about a week from 12th-17th February 2017.

Meanwhile the material of this program focused on five items, Durusul lughah, tamrinat, imla’, mahaaratul kalam, and mahaaratul istima’. There was also a co-curricular programs included Arabic speech, Arabic song, Arabic MC and Arabic poetry. These programs would be contested at the end of the program. As the closing, there were art performances of all participants in the auditorium hall.

USBU program ‘arabiy aimed to introduce the participants to be interested in Arabic and embedded the modern boarding school values in every situation since Arabic is one of the essential elements in Islamic boarding school. 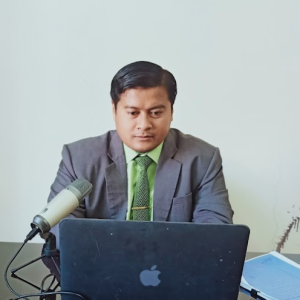