Promovendus was an alumnus of Syariah Islamiyah Faculty of Al-Azhar Cairo Egypt (Bachelor’s Degree) and Thoughts of Islamic Law Department of Universitas Muhammadiyah Yogyakarta (Master’s Degree). The dissertation at least resulted in three conclusions. First, in the management of the state, al-Mawardi prioritizes the institutional approach, as by maximizing the constitutional function of the state structure. The distribution of the state’s systematic institutionalization of al-Mawardi must be understood that the caliphate is the highest institution in the country but the caliphate does not necessarily act as an authoritarian, as sovereignty remains in the hands of the people and remains supervised by religious values.

Secondly, the political institutionalization of the modern state of Al-Mawardi has relevance to the country that adheres to the constitutional Monarchy system such as Malaysi as a constitutionally regulated government country. The concept of the constitutional institutionalization of the Ministry of Al-Mawardi is relevant to the constitutional system of Ministry of Malaysia. In this case, Malaysian sets the status quo for the leader (al-Mawardi’s political theory; the leader must be an Arab and the descendants of the Quraisy) with the constitution of Malaysia requiring the Malaysian leader to be a Muslim and Malay. The state of Malaysia also uses a parliamentary government system of prime minister who runs the government to take care of the people. The system is also used by the Islamic Republic of Pakistan. In this regard, al-Mawardi’s notion that a Wazir Tafwidh is the head assistant of the State in the administration of the Government is also given the status quo and needs affirmations for the replenishment of the head of State as well as the offices of his aides (his deputy) as important. In this case, Pakistan leaders must be Muslims. A Wazir Tafwidh or Prime Minister should be able to represent the head of State in managing the affairs of the State. Thirdly, the constitutional concept of al-Mawardi is extremely relevant to the development of modern state institutionalization within the state of the country that includes the government and administration system.

Also present attending the event is The Chairman of the University of Darussalam Foundation (Yayasan Perguruan Tinggi Darussalam), Drs. M. Akrim Mariyat, Dipl. A. Ed, The Rector of UNIDA Gontor, Prof. Dr. Amal Fathullah Zarkasyi, M.A., Vice Rectors of UNIDA Gontor, Dr. Setiawan bin Lahuri and Dr. Hafidz Zaid, M.A., UNIDA Gontor lecturers, family and invitees. The open exam of the doctoral promotion session concluded with the submission of a diploma by the Chairman of the Board of Examiners and followed by a photo session. [Ridho Ramazani BCM/Ed. Nurrahma]

R or Python: Which one to choose? 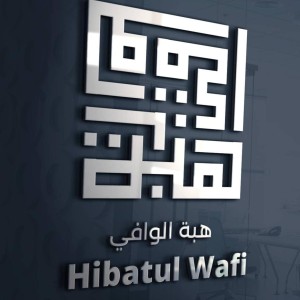